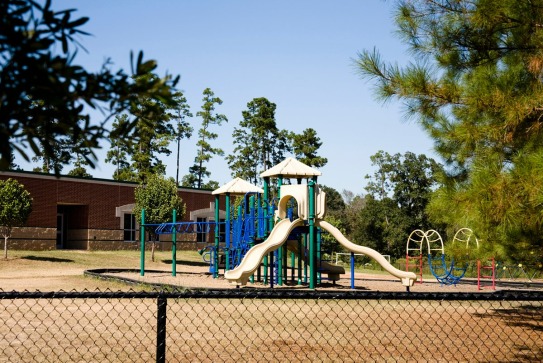 Recently, a utility contracted Osmose to deploy their Power Survey™ solution to perform a comprehensive mobile contact voltage survey of their underground distribution areas. The client sought a new solution for an old labor-intensive process of identifying faults. They were unaware of any ongoing faults in their underground distribution system and had no record of electric shock reports from the public over the past decade. 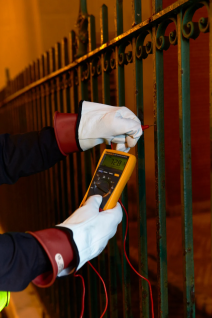 Osmose quickly deployed a crew operating the sensitive detection equipment to survey the city. Within days of starting, one of the trucks triggered an alarm while passing a church complex.

A canvass of the area identified a large energized steel fence surrounding the church’s elementary school playground. The Osmose technicians investigated and confirmed the fence was energized at 107 volts.

Because playground equipment was located along the energized fence, the Osmose team immediately cordoned off the area and remained on site to ensure the public remained a safe distance from the hazard. A utility repair crew was dispatched and arrived shortly thereafter.

A quick review of GIS drawings noted a service cable located perpendicular to the fence and adjacent to a tree. Service was disconnected to make the area safe. Excavation of the area revealed that the tree roots cracked the service duct and pushed underground cable into direct contact with a buried steel fence post. A small section of cable was replaced and the concrete sidewalk was restored.

This is a typical underground fault that can only be discovered using Osmose’s exclusive Power Survey solution. To learn more, contact your local Osmose professional, call 770.631.6995, or email underground@osmose.com.